200 beautiful Gemstones to use in your games and projects, both commercial and non-commercial.

In order to download this asset pack you must purchase it at or above the minimum price of $9.95 USD. You will get access to the following files:

I wish I could list them for cheaper but I'm posting on a few markets and one of them has rules about selling significantly cheaper elsewhere. They have a minimum price of $5 over there so I decided to put it at $5 here and add an 80% discount for the first few days before I upload it to the other market. Hopefully if people want it they can snag it while it's $0.99

I have a pack of 729 assorted icons in a similar style too if you're interested. It has some different gems included as well, just nothing like this selection. I have a small free-pack of similar assets too.

Reply
Dreaming of Light50 days ago

awesome, I hope things work out for you. Also, I appreciate the offer, currently making my own assets for my game and for others to use. $1 is a great price for all these however I have like $10 for the rest of the month 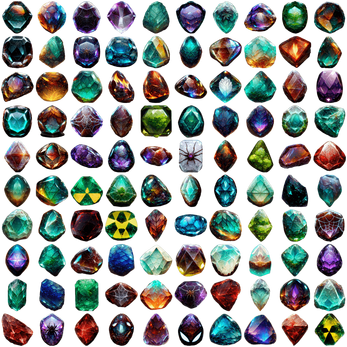 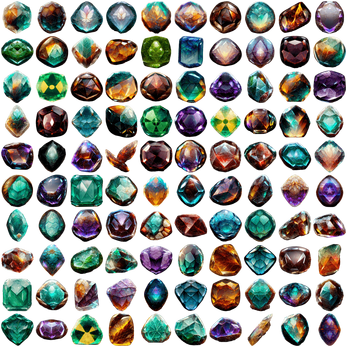